Kenneth E. Hagin ministered for almost 70 years after God miraculously healed him of a deformed heart and an incurable blood disease at the age of 17. Even though Rev. Hagin went home to be with the Lord in 2003, the ministry he founded continues to bless multitudes around the globe.

Kenneth W. Hagin is President of Kenneth Hagin Ministries and Pastor of Rhema Bible Church in Broken Arrow, Oklahoma, with an extension campus in Oklahoma City. He seizes every opportunity to impart the attitude of “I cannot be defeated, and I will not quit.”

Rev. Hagin has ministered for over 50 years, beginning as an associate pastor and traveling evangelist. He has organized and developed Rhema Bible Training Colleges around the world. Rev. Hagin hosts the annual A Call to Arms® Men’s Conference and with his wife, Lynette, co-hosts Rhema Praise, a weekly television program, and Rhema for Today, a weekday radio program broadcast throughout the United States. They also conduct Living Faith Crusades, spreading the message of faith and healing to the world.

To fulfill the urgent call of God to prepare the Church for a deeper experience of His Presence, Rev. Hagin emphasizes key spiritual truths about faith, healing, and other vital subjects. He ministers with a strong healing anointing, and his ministry helps lead believers into a greater experience of the glory of God.

Oretha Hagin was born on November 2, 1918, in rural Collin County, Texas, the daughter of Elbert Harvey Rooker and Savannah Elizabeth McCormick Rooker. She grew up on the family farm and was well-loved by her doting father.
On November 25, 1938, Oretha married a young preacher named Kenneth E. Hagin, who had come to the nearby community of Tom Bean to pastor a small Assembly of God church. Soon afterward, Kenneth and Oretha moved to Farmersville, Texas, where their first child, Kenneth W., was born in September 1939. The Hagins’ second child, their daughter Pat, followed soon afterward in March 1941.
From 1941 to 1949, Kenneth Hagin continued to pastor several churches and travel in field ministry. Throughout those years, Oretha was at her husband’s side, traveling with him whenever possible and helping him in the ministry.
In 1949, Kenneth Hagin left his last church by the leading of the Lord to go out into field ministry. For the most part, Oretha stayed home with the children, providing a steady, godly influence as she raised them with a firm but loving hand. Oretha’s strength of character, wise guidance, and steadfast love were a strong influence on her children during their growing up years when their father had to be away, greatly shaping and helping to prepare Ken and Pat for the far-reaching ministries they lead today.
Throughout her life, Oretha never failed to demonstrate her lifelong commitment to God, her deep love and respect for her husband of 64 years, and her indomitable strength of will that never gave in or gave up⎯right up to the last breath she took on this earth. Lovingly known as “Mom” to many of the people she ministered to over the years, Oretha Hagin will always be remembered as a dedicated and gracious woman and servant of God, a godly wife, and a loving mother and grandmother.
Because of Oretha’s obedience to faithfully serve at her husband’s side for more than six decades⎯and because of Kenneth and Oretha’s obedience together to raise up spiritual children all over the world⎯thousands upon thousands of their spiritual children are now preaching and ministering the message of faith and obedience all over the world, setting captives free and making a difference for eternity. 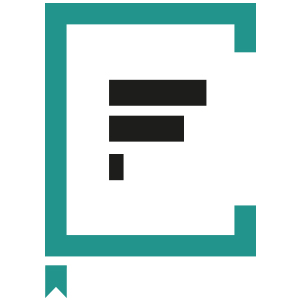